Facial Eczema, it should scare you, but there is a solution.

Because there is such an enormous variation in New Zealand’s weather patterns every year, no livestock farmer in the majority of the North Island or the warmer parts of the South Island can truthfully say “I have no trouble from facial eczema”. Leaving other effects out of the picture, in the regions mentioned no farm can be completely immune to a fungus fungus called Phythomices chartarum and can therefore expect at least some effects of a disease that for many is a total unknown quantity.

This sounds bad, because it is. Facial eczema (FE) is a serious disease, which, if you don’t already know it, can be fatal for your sheep and damage the health of your cattle. It is estimated to cost the nation millions every year, in some years tens of millions. In 1981, it cost the country 58.4 million dollars in lost revenue, and for 1999 the estimate is between 65 and 75 million.

Most likely it surfaces on your place as something you cannot see. When it strikes without you knowing or realising it, it is called “sub-clinical FE”.

So if you have more dry ewes than you can explain, a lambing percentage that you don't seem to be able to improve upon, too many ewes with dead lambs, ewes that run dry before weaning, hoggets that don't seem to want to grow (even with plenty of feed), it is more than likely that sub-clinical FE is at the root of your problems.

There is a solution for this. You can do something about it. And it won't cost the earth either, but it will take a few years...

You will have to find a ram breeder that tests rams for their own use for tolerance to FE, preferably one that is FE Gold certified, it is as simple as that.

Briefly, this what the FE test procedure entails. Out of the top 10% of my 2th ram selection list I generally choose 15 to 20 of my best rams. The vet comes and bleeds them and their blood taken is tested for GGT levels (GGT is short for "gamma glutamyl transferase", an enzyme that is produced by the liver). For sheep this level is normally between 30 and 55 units/L. If there is something wrong with the sheep's liver function, these levels can be much higher. So if there has been eczema about, and liver damage occurred, it shows up in the GGT levels. The rams with raised GGT levels are taken out. The rest are given a dose of sporidesmin (this is the toxic substance that is produced by the FE causing fungus and which causes the liver damage responsible for facial eczema). 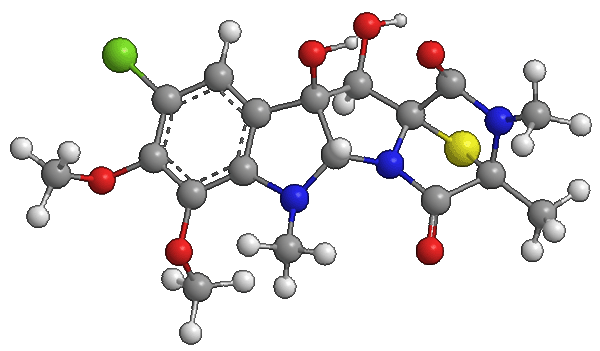 Three weeks later another batch of blood samples is taken and the recorded GGT levels give an indication on how tolerant the animals have been to the dose. If the breeder feels that not enough animals have reacted, he can give the nil reactors another shot of sporidesmin to further separate the top of the tolerant rams. Naturally, you don't want to kill the animals, so RamGuard carefully works out how high your dose rate should be. They calculate that based on past history, the usage of FE tested rams and whether you had any natural FE challenges that season.

If the breeder has used FE survivability as their top priority, as I have, you can make reasonably quick progress. Facial eczema has a very high factor of inheritability, 40 -42 %; compare that with fleece weight at 25%, or fertility at 12%.

It took me 20 years to increase the dose rate to 6 times that I started out with. I estimate that my flock can now handle from 500,000 to 1 million spores (the peak level in 2010) without getting signs of clinical FE in a normal season.

If the season is prolonged I still expect to get hit, but without anything near the devastating effects that a non FE breeder will experience.

In the meantime my lambing percentage has increased from 135% to 180%, fleece weights per animal increased by 1.2 kg and weaning weights of the lambs by 4.5kg. The steepest increases occurred in year fifteen after the start of testing in 1984. My stocking rate did not change and I did nothing different in overall breeding policy.

In my opinion the above results have come about largely because my sheep have become more tolerant to the average yearly toxic effects of FE, i.e. they can now more fully express their genetic ability, without FE hampering their progress. For the first time it is now possible to successfully compete with sheep from the South Island (where FE generally has much lower influence) and match their profitability.

The biggest impediment in the general acceptance that facial eczema is a problem, is its haphazard occurrence over the past few decades. Some of you might have seen it once or twice, but then it disappeared for years. But without you realizing it, it was nonetheless damaging your stock almost every year. It has been a frustration of FE ram breeders to convince you that this is happening.

While few farmers really want to believe it, if there are any mysterious limitations in your production, there is fair chance sub-clinical FE is the pivotal problem.

Sub-clinical FE not only limits production (fertility, growth rate, fleece weight) it also lowers the general immunity of sheep, so it can give you all sorts of what on the surface appear to be unrelated problems. Above all, it limits the life time total production of your replacement ewe hoggets, without you knowing it.

People hate change and farmers more than most. Yet, if you want to stay in profitable sheep farming you will have to increase your production, which at the moment means more lambs for sale. That will mean that you, rather than your stock and station agent, will have to make the choice where you buy your rams. Think about it, you need rams anyway, you might as well buy from a ram breeder that breeds for FE tolerance.

They won't be more expensive, although they should be: it costs about 250 dollar to test each ram. Over 25 years it has cost the FE tolerant ram breeder many tens of thousands of dollars. Since it will take a few generations to take effect, give them a chance and stick with him for a while.

Be sure that they have an FE certificate issued by RamGuard, which tells you how long they have been at it, what dose rate are used (it should have risen), the numbers of rams tested, and how many passed the test. The best FE breeders are listed on the FE Gold website.

There are some hidden benefits to a change as well. Because tolerant sheep don't sustain the same liver damage, the improved ovulation rate limits the damage caused by another group of fungi produced toxins called "Zearalenone". Grass staggers (caused by Lollitrem B, another mycotoxin) are also have their effects dampened by breeding for FE tolerance.

If you have not heard of the oestrogenic effect of Zearalenone, you can read more about it and other mycotoxins here.

All of this, plus the advantage of a possible better functioning immune system, should give a compelling reason to change to a FE tolerant ram breeder.

To alleviate some myths, I would like to make the following general comments and frequently asked questions. They are my observations only and I don't think there is any scientific data to back me up. Put it down to my gut feeling, experience and common sense.

If you have got clinical FE cases, what should I do now?

The answer is simple and unfortunate: bugger all. The only thing you can do, is avoid stress to the animal, give a low protein diet with no chlorophyll in it (hay, silage etc.), provide as much shade as possible (i.e. the darker the better), plenty of water and keep zinc dosing as long as there are spores about. Monitor spores by sending grass samples to your vet (or learn to spore count yourself).

There is a strong correlation between copper deficiency and FE, which is one explanation why the Finn seems to have a reasonable tolerance (it is chronically copper deficient) and the Texel is so prone (there is virtually no copper in the soil on the Dutch island of Texel). Avoid any copper supplements if you expect FE to be a problem. Copper activates the sporidesmin toxin during its metabolism in the liver. Even the minute quantities in mineralised drenches are enough to be harmful. See the comments of Dr Gladys Reed below.

Supplements of liver stimulants like vitamin B especially B12 could help.

It is a myth that high rainfall eliminates the risk of FE. Although spore counts do indeed usually decrease after heavy rain, they can often build up again very quickly afterwards. The same happens after a few cool nights or even frosts. In some seasons spore counts can remain high well into May.

Another nuisance is the use of the word "resistance" (sometimes also by scientists) when talking about FE, which implies to many people that the animal is incapable of getting FE. Given enough exposure to sporidesmin even the most tolerant sheep will still get FE. I personally prefer the word “tolerance” because “resistance” tends to give the wrong impression.

It is unfortunate that most mycotoxins prefer to grow on English rye grasses (the grasses that most of us grow). Better grass species for a lower FE incidence are brown top, dantonia, tall fescue, kikuyu and paspallum since they have fewer spores. Clovers, lotus, chicory and brassica's are also relatively safe.

So there is a strong case to be made to have part of your farm (approx. 10%) in rye grass free pasture. My advice would be a chicory clover mixture. You can read more about pasture options under the “Sheep Breeding and Farming” section on the Romani homepage. One last remark: FE should be tackled on different fronts. Dosing with zinc should be a last resort, not the only solution.

The following comments are from an article by Mrs Gladys Reid of Te Aroha:

The liver metabolises products by using enzymes to oxidise these products. It is a very complicated process. Metal catalysts are necessary for the auto-oxidation of sporidesmin.

Sporidesmin is an inert “pre-toxin” until subjected to oxidation by the liver. Even small traces of copper will trigger spontaneous auto-oxidation of sporidesmin. It acts like throwing petrol on a smouldering fire.

Low protein diets reduce liver activity and acts as a detox while also reducing the incidence of fibrosis and cirrhosis of the liver.

Zinc and a high carbohydrate diet work well together in the presence of sporidesmin.